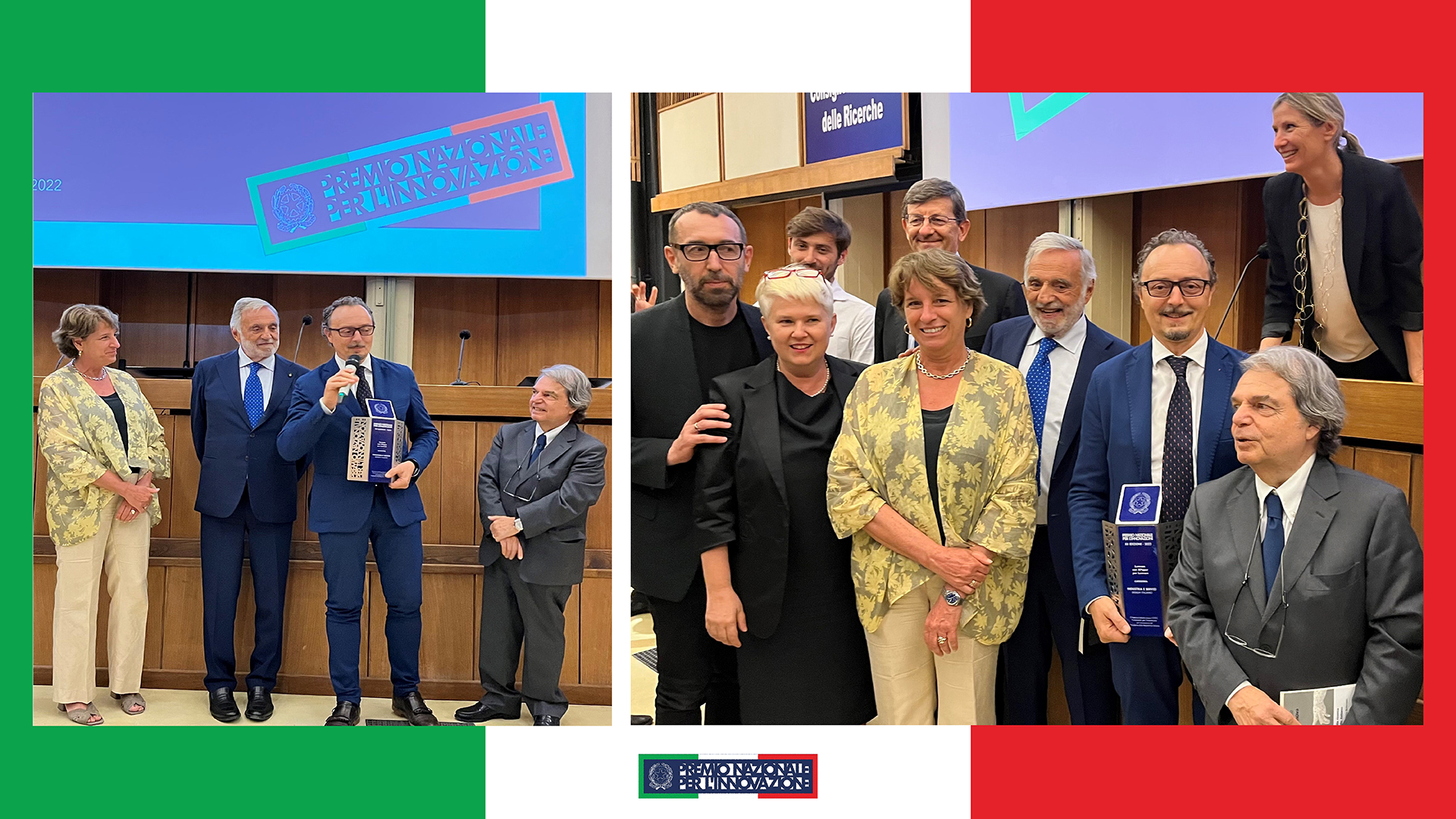 Matteo Moretti, President of Lumson, flew to Rome today to participate in the official awards ceremony for the “Premio dei Premi” National Prize for Innovation, a prestigious award established in 2007 with the decree of the President of the Council of Ministers granted by the President of the Italian Republic at the COTEC Foundation.
Among the winners of the 12th edition was Lumson with its XPaper, the innovative paper airless packaging presented to industry professionals at Cosmoprof Bologna and already a winner at Cosmopack Awards 2022.
The official ceremony which took place at the National Research Council, was attended by Maria Cristina Messa, Minister of University and Research, Renato Brunetta, Minister for Public Administration, and Vittorio Colao, Minister for Technological Innovation and Digital Transition.
At the end of the ceremony, a visibly emotional Matteo Moretti wanted to thank all those who believed in this project and who, through their work, contributed to this achievement.
“I want to dedicate this award to all those who, like me, believed in this project from the very beginning. An expression of know-how, creativity, innovation, and functionality following the theme of sustainability. Factors that are at the base of the competitiveness and success of many Italian companies around the world.
This award means a lot to us because it acknowledges the value of our work but it also means a lot for our sector because it signals an important step forward towards sustainability, demonstrates the value of collaboration between companies in the supply chain, highlights the central role of research in the manufacturing industry and finally, because it shows how a “simple” material like paper can, through technology and creativity, be transformed into a sophisticated material capable of enhancing both a container and its contents”.

The “Premio dei Premio”
The objective of the prestigious award is to support the innovative capacity of those in business, education and the university world, public research, public administration, and the tertiary sector, but also to incentivize innovators to continue pursuing creative avenues in order to develop a culture of change while at the same time, raising the awareness of citizens and in particular young people, to research and innovation.
The award is given out annually to players that operate in the industry, design, the tertiary sector, public administration and in universities that have stood out for the originality of the innovations they’ve developed with regards to products, processes, and business models and are chosen from among the winners of the innovation awards assigned at the national level by the main business and professional associations in the industrial, artisan, and tertiary sectors (ABI, ADI, CNA, Confcommercio, Confindustria, PNICube), as well as by large Italian industrial groups, the Ministry of Education, the Minister for Technological Innovation and Digital Transition, and the Department of Public Administration.

ALL THE PRESS RELEASES